Home Food & Drink Your favourite coffee shop? It could soon be in your kitchen 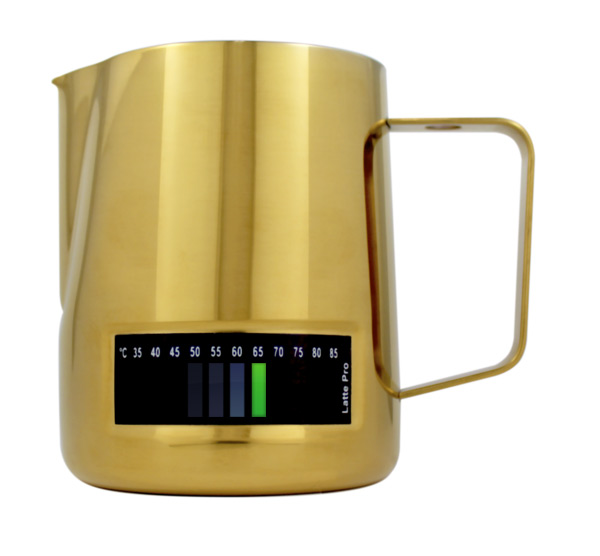 It’s not just the amount of coffee we’re drinking that’s increasing either. In the UK our tastes are becoming more discerning, too. A recent survey suggests that more than a fifth of Brits believe it’s more important to have good coffee in the house than it is to have good wine. The more coffee we drink, it seems, the broader and more refined our palate is becoming.

Yet for many, the process behind the making of their daily coffee remains a mystery. You only have to watch McDonalds’ series of McCafé ads to see that coffee-making is still presented as a complex, secretive art. Until now, coffee-lovers have returned to their local coffee shop, not necessarily because they trusted their barista to make their perfect coffee, but because to do so themselves has seemed beyond their capabilities.

Now though, the advancement of home coffee gadgets are revolutionising the way we drink coffee in the UK. It’s a great example of the market responding to consumer need. Of those 95 million cups of coffee we drank last year, 65 per cent of them were drunk at home. At last, Brits are starting to see home-brewed coffee as the smart choice.

It’s easy to see why. Making your coffee at home no longer requires you to sacrifice quality. New coffee gadgets are popping up daily, allowing consumers to monitor and control every aspect of the coffee-making process, churning out a perfect coffee every time. In a recent study conducted by Andronicas, we found that over a third of UK coffee drinkers consider milk a crucial component to the perfect cup of coffee. We responded with the Latte Pro; a clever little gadget that allows you to monitor the heat of the milk as you steam it, guaranteeing the perfect milk temperature every time.

With Brits’ new found ability to brew quality coffee in their own kitchens, coffee no longer needs to be an expensive habit. The average price of a shop-bought cup of coffee in the UK is somewhere around £2.50. Multiply that by however many times you’re buying coffee on-the-go every month, and you begin to see that it’s a habit that adds up.

In recent years the coffee industry has been assessing its own sustainability, with the rise in popularity of reusable coffee cups. The now infamous ‘latte-levy’ being mooted by politicians would attach a surcharge for the sale of paper cups, much like the successful plastic bag charge. It’s an issue the industry needs to face head on: 95 million cups a day is a frightening figure when you think of how many of those are served in non-reusable cups.

A continued increase in home-brewing could help alleviate the environmental impact of Britain’s coffee craze as consumers increasingly drink from their cups at home and reusable travel cups. There are also a number of high-end travel French Press cups now available, which go one step further; allowing true coffee aficionados to percolate their brew on the move.

Only a few years ago, coffee gadgets in the home were hailed as indulgent. An espresso machine or coffee grinder in someone’s kitchen would mark them out as a coffee connoisseur; someone who’d gone the extra mile, and paid extra, for their daily brew –but things have changed since then. Coffee gadgets are no longer luxury household accessories. Instead, they are logical additions to the kitchen of any regular coffee drinker.

Feeling SAD? 6 ways to Boost your Mood this Winter